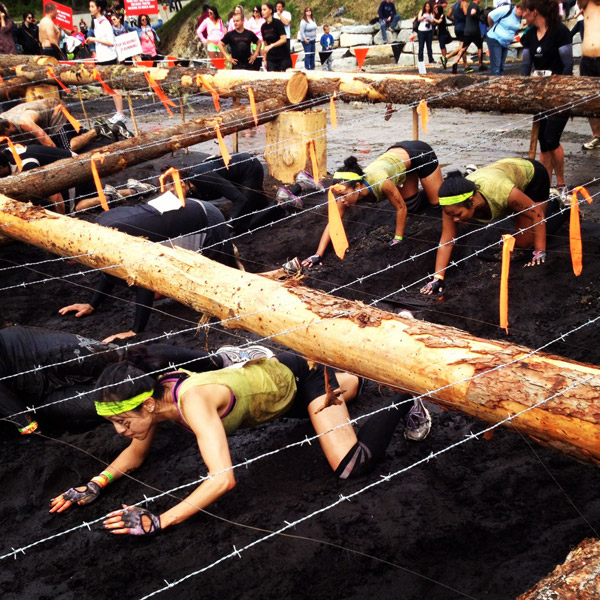 I was excited, pumped up and prepared for Tough Mudder …unlike Warrior Dash. I was anticipating myself getting super jittery on race day because I underestimate everything but I didn’t! This was the second funnest thing I’ve done so far, the first being The Ride to Conquer Cancer. And yes, funnest is a word in my dictionary.

Then we had to swim across a tank of ice-cold green water and had to fully submerge ourselves to get to the other side. When I got out, my butt was frozen. Right butt cheek to be exact. I would like to know why too.

No serious injuries! Well.. the nails.

To sum it all up…

Tough Mudder is only as tough as you make it to be (unless you barely trained) but I believe my regular training more than prepared me for this (except I should’ve done more long runs). You can race it or work it with your team. Workout-wise, I was not satisfied and felt like I didn’t accomplish much but I would totally do it again because it was SO. MUCH. FUN. I’m already counting down the days to Tough Mudder Seattle!

So now my question is: how the heck am I suppose to survive my first half-marathon with all that leg pain. I better get my ass to start training properly. Calling all Run Bugs!!

*some of the photos are from the Tough Mudder Facebook page.

I Love Weekends, I Love Life!