Last weekend, I participated in the BC Ride to Conquer Cancer. The ride was a 240km bicycle ride from Vancouver to Seattle, over the course of 2 days to raise awareness and funds for cancer research.

Up to the day of the ride, the weather reports said it was going to rain but I honestly didn’t think it was going to rain that hard so I was SO not prepared for the weather. It was sunny for weeks before the ride and when we came home, so it was just SO “Vancouver” that it had to rain on the weekend. On the morning of, we woke up at 5am and it was pouring outside but we made our way to the starting location at the Fraser Downs Racetrack & Casino in Surrey.We dropped off our bags, indulged in the free breakfast, grabbed our bikes which we dropped off the night before and waited for the opening ceremonies to begin while doing last minute preparations and stretching (and also moaning about the rain).

By the time we hopped on our bikes and out of the parking lot, we were already soaked to the bone. We rode in a steady pace, with a large crowd of riders to the Peach Arch border crossing. I was about to shoot myself at this point because we were off our bikes, I was soaked, there was a puddle in my shoes (and we all know how much it sucks to have wet shoes) and couldn’t stop shaking because it was so cold. We had to stand in line, in the rain, which seem to take forever because they checked our passports one by one. By the time we were in the US and on our way, I realized I’m here for a greater cause and it couldn’t get any worse than this so that’s when I started to enjoy myself. So begins this long, wet and cold day 1 of the BC Ride To Conquer Cancer.

We would ride past yellow flags, which represented cancer survivors or those currently battling cancer, and the feeling of awe and inspiration takes over you right away— lots of people offered encouraging words and the scenes were extraordinarily moving. The ride must’ve been a piece of cake to them compared to what they’ve already been though or are going through. With everyone’s efforts, hopefully we will see more of yellow flags in future rides!

There were cheering stations with a lot of encouraging supporters, lots of screaming/cheering/thanking, cars honked, old ladies waved their hands out of their cars, children called out your name and thanked you (we all had our names attached onto our bikes)… everyone was very enthusiastic despite the horrible weather. There were people from all walks of life, young and old, of all fitness levels, doing the ride and it was a good feeling to know that people appreciated the hardwork we all had to commit to in order to do this ride.

There were pit stops every 20-30km where the amazing crew spoiled us with water, gatorade, and a variety of “fuel food”; my favorite were the rice crispy squares topped with peanut butter, nuts and trail mix which the crew made on the spot. Nom. They were also cutting up apples, oranges, bananas, spreading peanut butter on fruit and bagels on request, in the freezing cold weather. The crew was definitely the star of the show! Their fingers must’ve been frozen… because mine were at times and I couldn’t even switch gears on my bike properly. Without them, the ride would NOT have happened.

I biked through a cheering crowd and into camp at 3pm. Thankfully, my boyfriend was already there and had grabbed all our bags for us so I threw off my wet shoes, put on a pair of flip flops and took the best shower ever in the mobile shower units— camp was better than I expected! They served a buffet style dinner that night and we definitely took advantage of all the calories burned and ate it all back.

Apparently they ran out of lunch and dinner on day 1, so a lot of riders had to wait for more food to be prepared but the ride organizers owned up to it, and made up for it by waiving the registration fee if we registered for the 2012 ride. *thumbs up*

We were drained so after eating lots of cake (heh heh), N and I retired to our tent and passed out at 8pm. We kept on waking up in the middle of the night because we were both getting sick and our allergies were getting to us… but at least we weren’t sore! We woke up the next morning and came out of our tent brushing our teeth with foamy mouths and water bottles (inside joke) and my boyfriend walking towards us with breakfast. It was starting to drizzle again and we were starting to get miserable because we were going to Vegas the next weekend for a music carnival and DID NOT want to be sick… but sucked it up, popped a Tylenol Cold, bagged our feet since our shoes were wet, stuffed more bananas, bagels and granola down our throats, grabbed our bikes and headed out again.

It rained but not as hard as the previous day for most of the ride and the weather started clearing up at the end of our ride. Day 2 was also a lot more fun and presented a fun challenge… lots of hills! We took very little breaks and kept a fast pace most of the way to get to the finish line. My team and I rode alone for 85% of the ride but we rode the last 50km together.

1km before the finish line, I busted my front tire and I had spare tubes but did not have tools since our hypothermic friend had them. I almost cried because we were so close to the end and I wanted to ride through the finish line, not walk! Thankfully, everyone was so nice and helpful. A couple of guys actually gave us their tools and a resident cyclist who wasn’t part of the ride stopped gave us a hand while people yelled “good luck” as they rode by. When my tire was filled with air again, we gave everyone hugs and went to cross the finish line. Best. Feeling. Ever.

What else happened? My friend was involved in a pretty bad head-first crash when going downhill on a wet slope on day 1 (although he rode the next day) and another one got hypothermia by lunch time on day 2… but they finished at least 200km of the ride and we all managed to cross the finish line! Can I say, TROOPERS?! I’m so proud of my team!

Other highlights: The unicyclist… how did he get up those hills?! A handi-capped man in a tricycle, wow. “Michael” whom I followed through most of Bellingham because he was blaring music through speakers attached to his back; thanks for the entertainment!

I have no regrets at all doing the ride and I was actually enjoying riding in the pouring rain and cold. It made you feel like you accomplished something bigger! I actually wouldn’t even care if it poured again next year because I’m going to be way more prepared. And if it was sunny, I would’ve gotten an ugly tan line and I would’ve been drowning in sweat anyway. Same difference, right? Speaking of tan lines, I got one from my bike shorts on day 1, when it was overcast the entire day. ALWAYS WEAR SUNSCREEN!

Did we all make a difference? Yes we did! $11.1 million dollars is A LOT of money and it’s going to help so many people and families. The fundraising was stressful with everything else going on in our lives but it was worth it and I can’t wait to do it again next year. Please support me next year and make a donation. Anything counts and adds up!

Are you interested in participating it the ride next year? We had second-thoughts about doing the ride because it was a huge commitment and we weren’t sure if we would have the time to fundraise and train but we were so moved by the video they showed at the orientation that we signed up right away.

I will write about the physical aspects of the ride and my training in another entry.

[It took me 3 days to write this and it’s 4am so I’m too lazy to re-read for spelling and grammar. I swear, I’ll get to this later this week.] 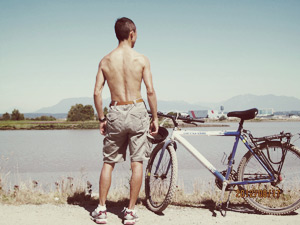 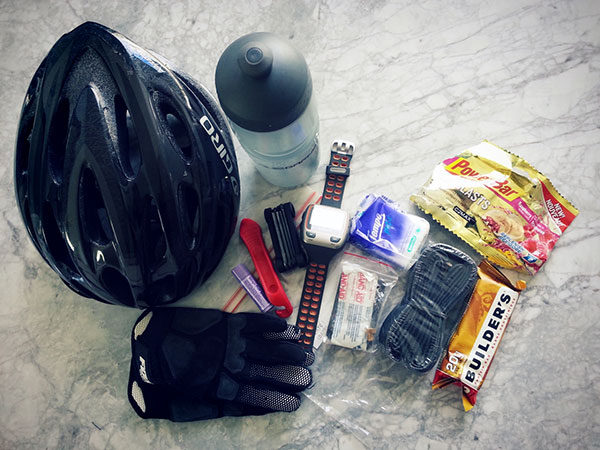 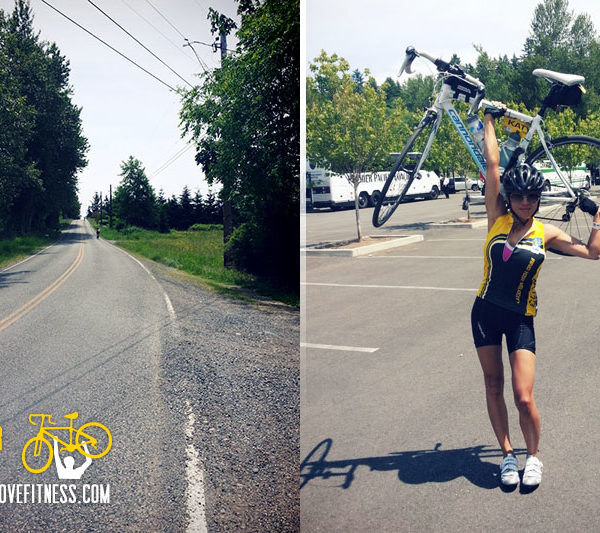