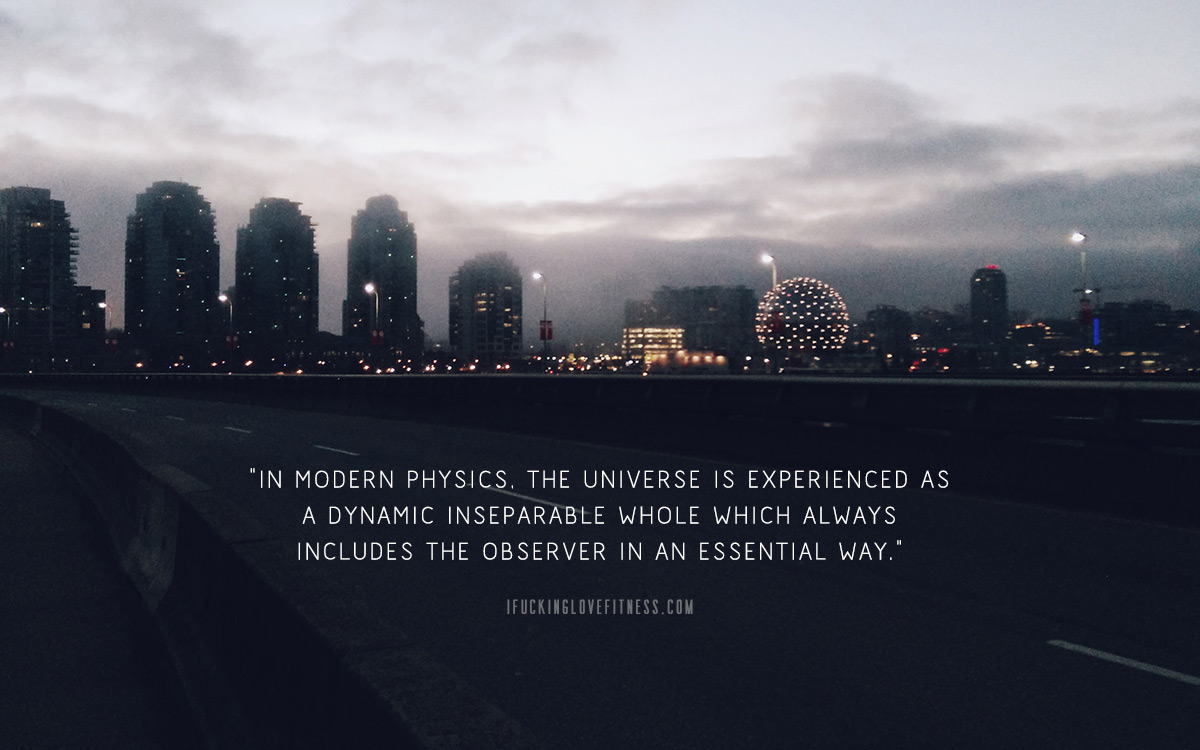 Yesterday, I jumped out of bed and hopped on my bike, on route to Horseshoe Bay. As I was spinning up a hill on to work afterwards, there was a car behind me who I knew wanted to pass but couldn’t. When he finally had the chance to, he revved his engine and accelerated so quickly (that’s how you know they are angry) …only to have to stop a few meters away due to traffic.

You have no idea how many nonsensical things I experience while riding my bike but I am grateful for the exposure because it reminds me to practice patience and not get angry over little things. These days when I ride, I don’t feel bad about holding up traffic when I don’t have a choice because I will at most extend their commute by a minute or two! Totally the end of the world. But when you are sitting inside your metal box fuming at other cars, cyclists and pedestrians, you are not thinking rationally.

This incident reminded me of a great piece of advice a friend had just given me the night before:

Instead of judging someone for their actions, reflect on the intent behind their actions. Why did they do it? What was their state of mind?

Was the driver angry because of a cyclist holding him up on the road? Or was he really angry because of deeper issues such as work-related stress, an unhealthy lifestyle, body-image issues or just an unhappy life?

Actions are naturally louder than words but we judge ourselves by our own intentions, so why should we be judging other’s by their behavior? If it’s negative, you’ll only get riled up but life is too short and extraordinary to be angry!

When you start asking the questions behind the intent, you begin to develop a deeper insight of the situation, which will force you to become more compassionate and empathetic.

When it comes to actions and intentions in other aspects of your life such as relationships, business and people you have to deal with in your daily life, start making an effort to be aware of the context behind what you see— speculate why that person did what they did or why something happened. You may be incorrect but you will come to a profound realization that there may be more underneath the surface. This increased clarity will calm you down, help you figure out the best solution for the situation and boost self-awareness so you will be able catch yourself if you ever find yourself caught in the some senseless situation.

Everything that irritates us about others can lead us to an understanding of ourselves. – Carl Jung

Last time I drove a car, I followed a slow truck allllll the way to the border when I could’ve easily passed him and drove much faster. The “past me” (who use to drive a lot) would’ve been impatient and speeding all the way to my destination but that day, all I wanted to do was relax and listen to my music. It really feels great to slow down once in a while.

What Does Being Fit and Healthy Mean?

Tips For Biking to Work