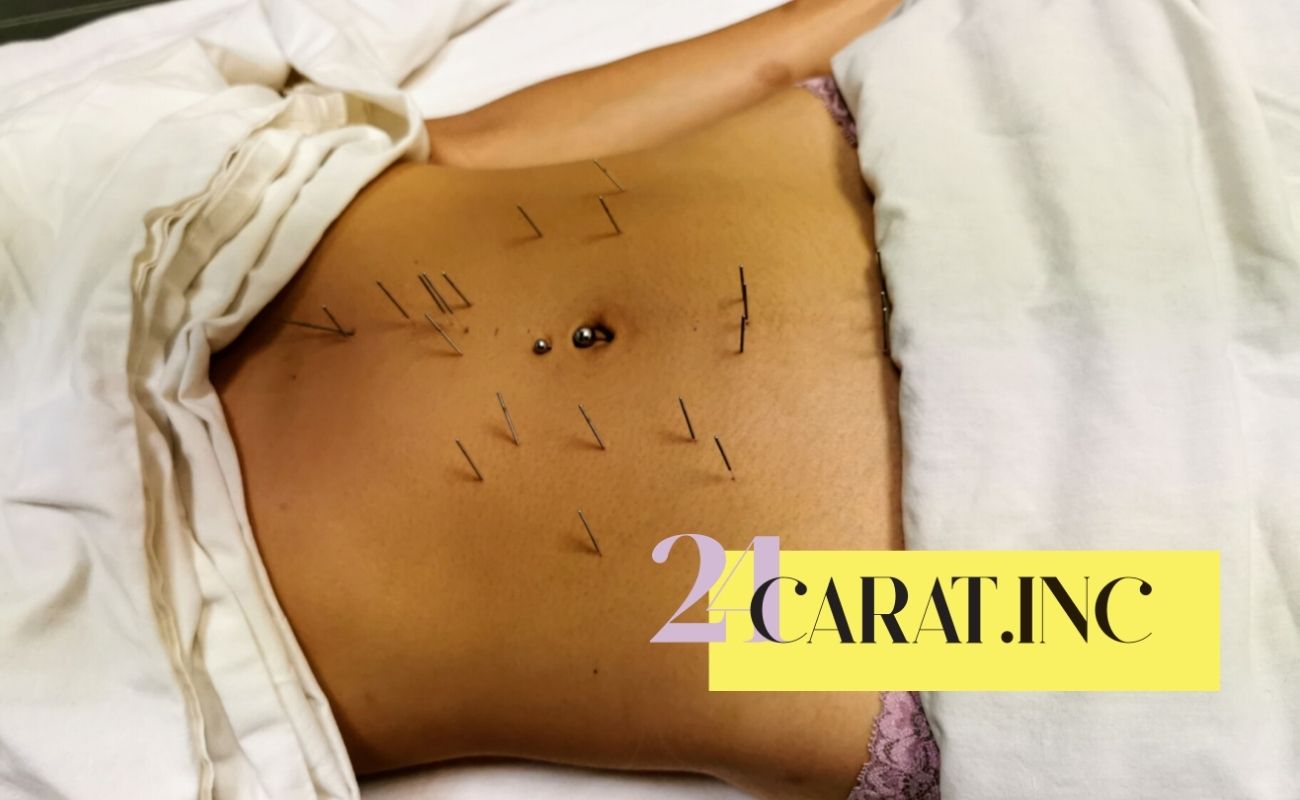 I am obsessed with acupuncture and its healing + meditation benefits. Your wellbeing is tied to your happiness and productivity, and this is why most successful people commit to prioritizing health and fitness. You can always make yourself even better than you think you already are. Here, we call it levelling up!

By inserting fine and sterilized needles into specific areas of your body, acupuncture stimulates sensory nerve and lymphatic pathways under our skin and in our muscles. This, in turn, releases chemicals into the muscles, spinal cord, and brain. These biochemical changes may stimulate the body’s natural healing abilities and promote physical and emotional well-being.

Unlike conventional western medicine, eastern Chinese medicine isn’t broken up into several distinct systems that address individual aspects of the body. Eastern medicine treats the body as a whole complex unified system, and treatments are uniquely individualized for each person.

The problem with conventional mindsets is that because there isn’t any conclusive clinical evidence on acupuncture, it must not work. Because it can’t be ‘seen’, it must not exist. However, acupuncture clearly works because it is widely used but everyone is looking for instant results, don’t go back consistently, or doesn’t have a good acupuncturist. It was also part of an entire lifestyle shift, not a single miracle cure.

I was introduced to it by a close friend last summer and now a bunch of us are now seeing the same practitioner, and I think I bump into them more at the wellness center than otherwise!

With its roots stretching back to 6000 BCE, acupuncture is believed to be one of the world’s oldest medical practices and sharp bones were used instead of fine needles. Yikes! As early as 198 BC, ancient Chinese documents from the “Silk Scrolls” were discovered in a tomb about meridians and qi. These early practitioners theorized that balance and health came from qi, and when it was out of balance, the body struggled with illness. In 100 BC, acupuncture procedures were first documented in The Yellow Emperor’s Classic of Internal Medicine. As the precise acupuncture points were developed over the centuries, it became mainstream in China, eventually spreading to Europe and the Americas in the sixteenth to the nineteenth century. During the end of the dynastic era in the eighteenth to nineteenth centuries, as western medicine and philosophy started to infiltrate the country, it fell out of favour but experienced a revival in 1949 under Communist China. These days, eastern medicine is becoming even more mainstream with the internet, and the pandemic as more people learn the importance of wellness and healing.

I go to acupuncture for maintenance to maintain my quality of life because my shoulder seems to be forever agitated from my car accident. It’s a good thing my pain tolerance is so high from so many years of training! This is when all that pain we put ourselves through really comes in handy!

Not gonna lie, some of the acupuncture needles actually hurt initially if you are trying to go deep into tight muscles like me but you reframe this as a chance to get over your fear of needles! After the needle is inserted, you may still experience an ongoing ‘pain’ that is hard to describe but it feels more of a ‘tight tension’ which will loosen throughout your session. I always tell myself: if it hurts, I probably need it. If you have a good acupuncturist, sometimes you may even feel a few intense zaps if they hit close to a nerve but trust me, it’s worth it!

I’m so used to getting poked 60-70x per week (combo of IMS + acupuncture) that needles don’t even phase me anymore. Just like cycling and climbing mountains, you don’t remember the pain but only remember how it makes you feel after. If you want to level up, I highly recommended putting yourself through discomfort as much as possible because what doesn’t kill you makes you stronger! I get super excited before my acupuncture appointments and it’s always nice having things to look forward to! *not promoting needles but you know what I mean! 🤗

Acupuncture should be used in conjunction with other treatments and should not be looked at as a miracle cure. Some conditions may require multiple and consistent treatments. Also, different doctors have different methods so you need to find one that works for you. If you had a bad first experience, don’t give up and try a different practitioner!

Make sure your acupuncturist is well-trained because it can cause serious adverse effects, including infections, punctured organs, collapsed lungs, and injury to the central nervous system. You should also be implementing different types of treatments instead of relying on just one when it comes to healing. There is no one sized fits all solution for everyone.

If you are in the Vancouver area, I highly highly recommend Tracy Chang at the Sinclair Center! She appears a lot in my daily gratitude journal. 🙏

But as with anything, if you want results, YOU HAVE TO BE CONSISTENT.

How Acupuncture Helped me 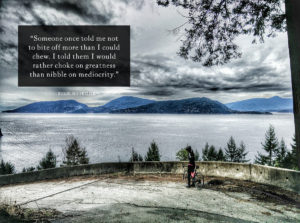 A couple weeks ago as I was riding my bike, I suddenly decided I don’t want to live a normal and stagnant life. The past 5 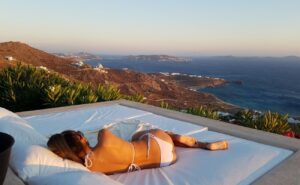 People come into your life for a reason or a season. I’ve had a few interesting relationships in my life and some of them remain

When I Started Working Out…

When I started working out… I lifted baby weights and never significantly increased it. I did too much cardio. I was more scrawny than lean. 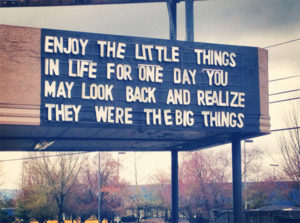 Confessions Of An Ex-Elliptical Queen

I have a confession: I use to be an Elliptical Queen. Back in the day when I was making it to the gym once or